A stroll in Santa Cruz

Life, Air, Water, Angels, Glory. The names of its streets are as suggestive as the streets themselves. Santa Cruz is one of the most fascinating and scenic quarters in the world, a charming maze of streets, narrow alleys and small 'plazas' which is one of the oldest areas of Seville. Myths extend everywhere, the buildings hide beautiful surprises, and the captivating squares appear unexpectedly. It's simply essential.

Don’t worry if you get lost, because it’s a rite of passage for the first-time visitor to Seville to become happily disoriented in Santa Cruz. Simply enjoy the surprises and treasures that will appear before your eyes while you are wandering around. If you don't want to miss anything important, take note of the highlights mentioned below.

Plaza del Triunfo: You can start your walk from this square, located on the southern edge of this charming quarter. This is the most monumental corner of Seville, since here the Cathedral with the famous Giralda, the General Archive of the Indies and the Reales Alcázares (Royal Alcazar), all of them World Heritage Sites, are concentrated.

Plazuela de Santa Marta: Accessing through a passage from the Plaza del Triunfo, you can get this small square, which is one of those charming corners that characterize Santa Cruz quarter. Here there is hardly any space to house four orange trees and, in the center, a cruise from the late 16th century.

Patio de Banderas: During the Muslim era of the city, while they lived in the fortress (the origin of the Royal Alcazar), Abderramán III ordered this space to be built as a palace (10th century). It came to be known as the Dar Al-Imara or Prince’s house, or the house of the Governor, which was accessed by another door, currently blocked off. Later it was a parade ground. Currently, full of orange trees, it is the exit from the Royal Alcazar. From here you can take good photos of the Giralda, but only of its upper half.

Calle Mateos Gago: This is one of the most popular and crowded streets in this quarter and in all of Seville. It's lined with 'tapas' bars and restaurants and leads into the heart of Santa Cruz. From here you can take the best photos of the Giralda, the views are unsurpassable. A warning: the ham legs hanging from the ceiling (pork, of course, we are in Spain) or displayed on the counters are common in many of the establishments on this street.

Plaza de Santa Cruz: It's the square that gives its name to this quarter, which in turn takes its name from a Christian parish that was demolished in the 14th century.

Plaza de Doña Elvira:  For many it is the most charming square in Seville and in all of Andalusia. Small in size and fully pedestrianized, it is surrounded by orange trees and tile benches, with a whispering fountain in the center. It's also famous for the romantic legend behind it. The story goes that here was the home of a woman that the legendary Don Juan was in love with, though the two didn't get their happily ever after in the end.

Calle del Agua: This narrow, shaded alleway runs alongside the walls of the Royal Alcázar to the beautiful Alfaro and Santa Cruz plazas. So-called because of a mini-aquaduct that used to run along the top of the Muslim palace’s wall, this mysterious, winding path provides one of the most romantic strolls in Seville.

Jardines de Murillo: As beautiful as it is, Santa Cruz is pretty popular. As a result, it can get a little crowded, and when that happens, you'll want an escape. This is the time to enjoy these quiet and beautiful gardens that owe their name to the most famous Seville painter. Come for a quick stroll or make a day of it with a picnic and a good book.

Calle Judería: This street, along with that of Agua (Water) y Vida (Life), is one of the most famous in Santa Cruz, and the scene of one of its most widely-used photos (exactly, the great photo you will find at the top of this page). Its name shows an important fact: this is actually the old Jewish quarter of Seville, where, in the 13th century, the second most important Jewish community in Spain after Toledo  was concentrated. 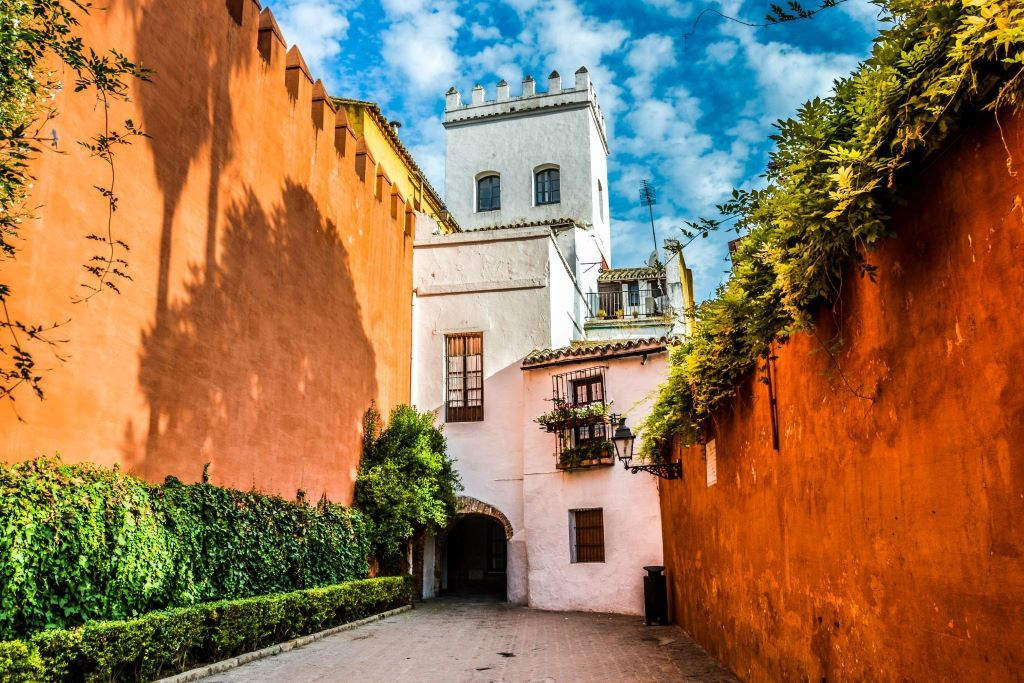 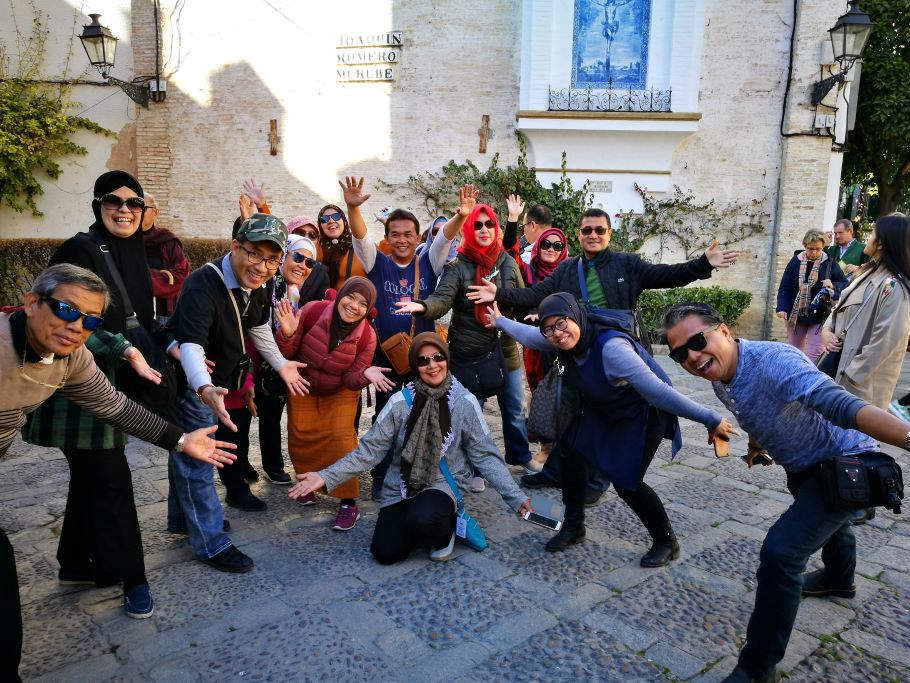 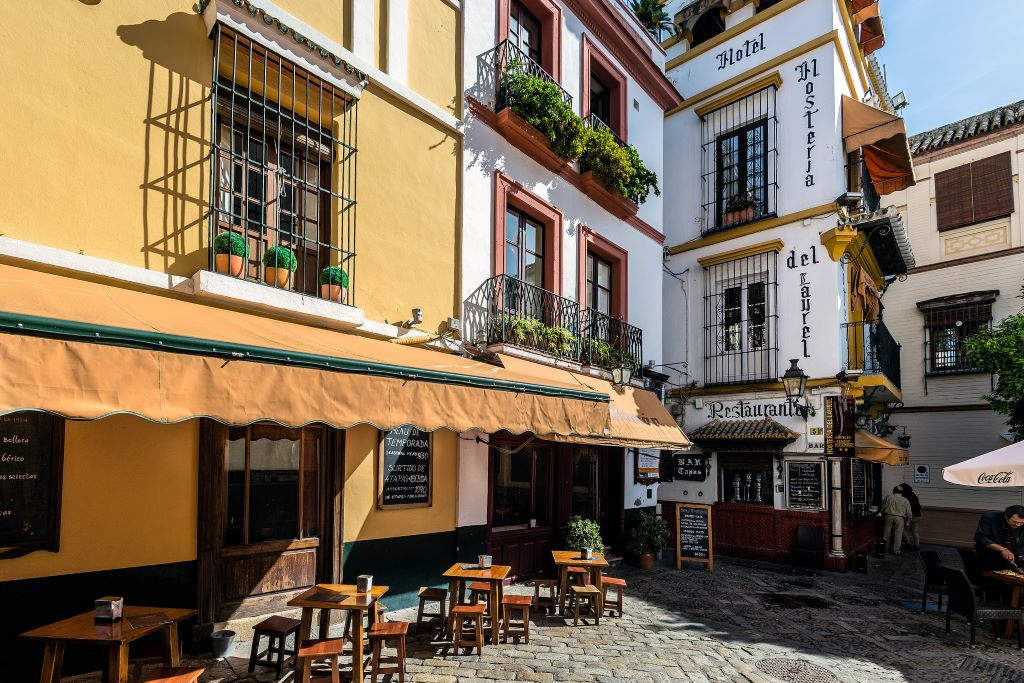 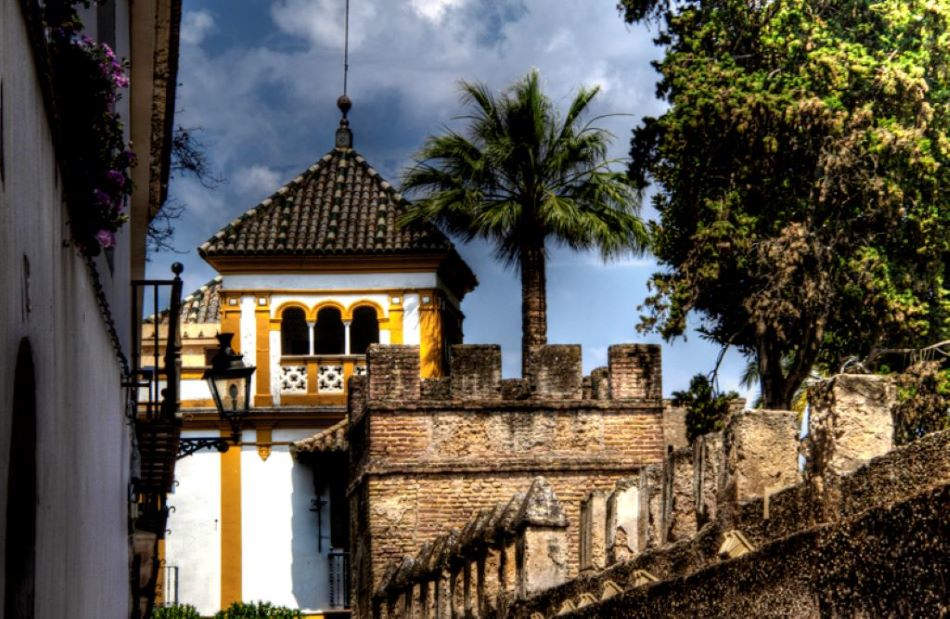 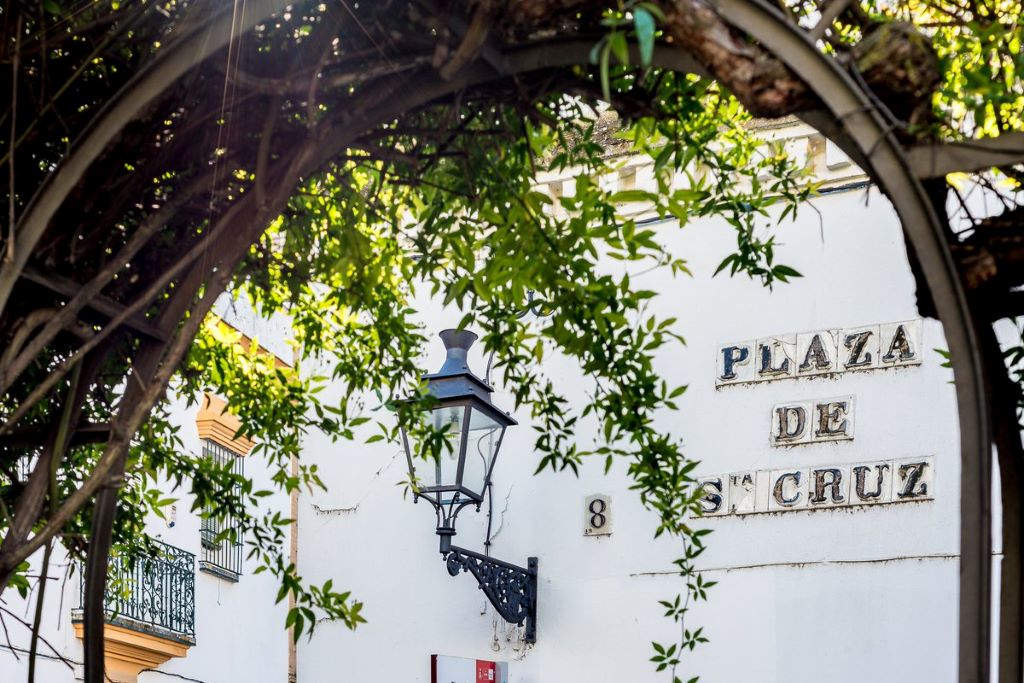 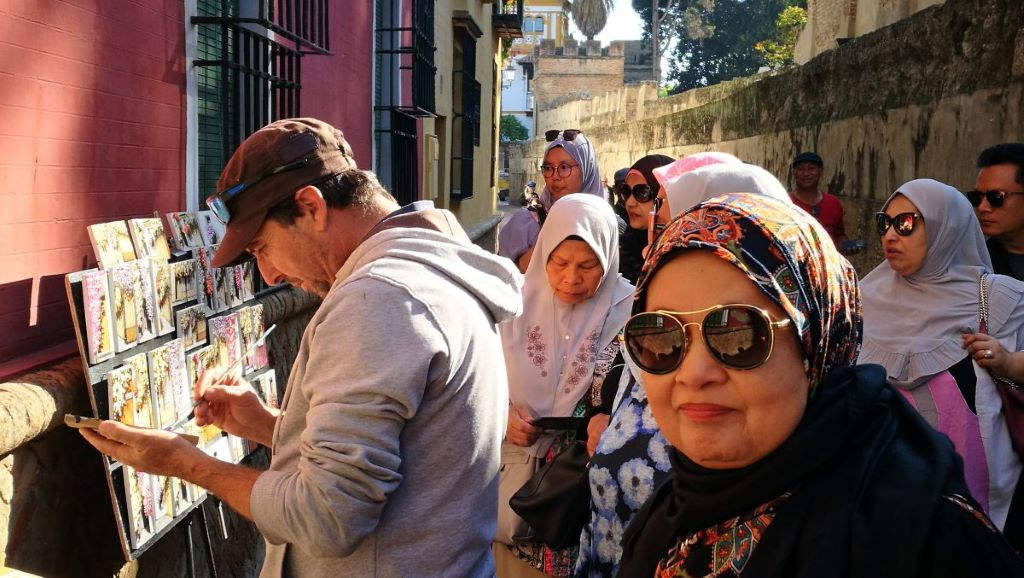 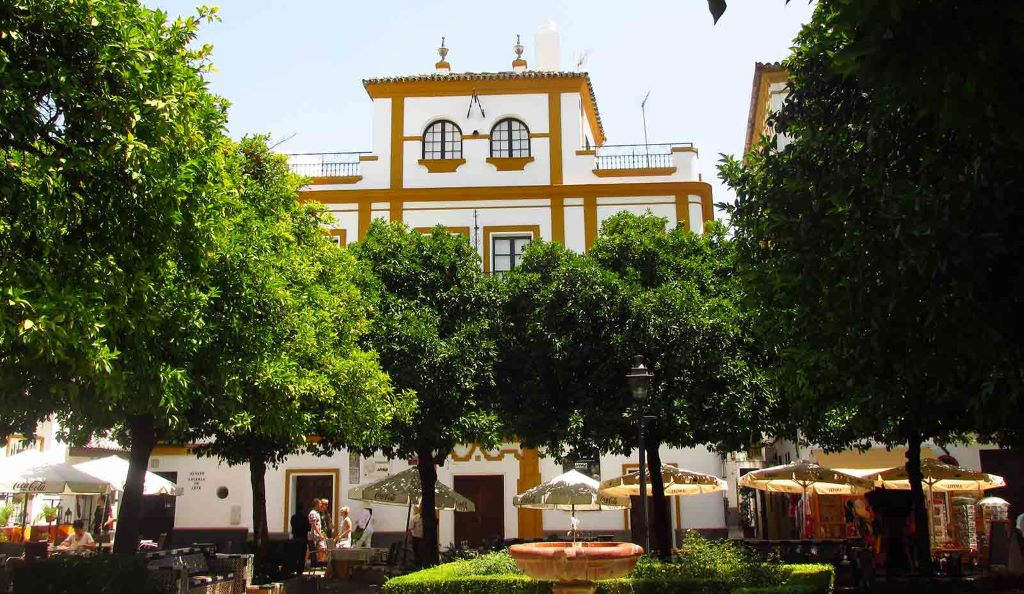 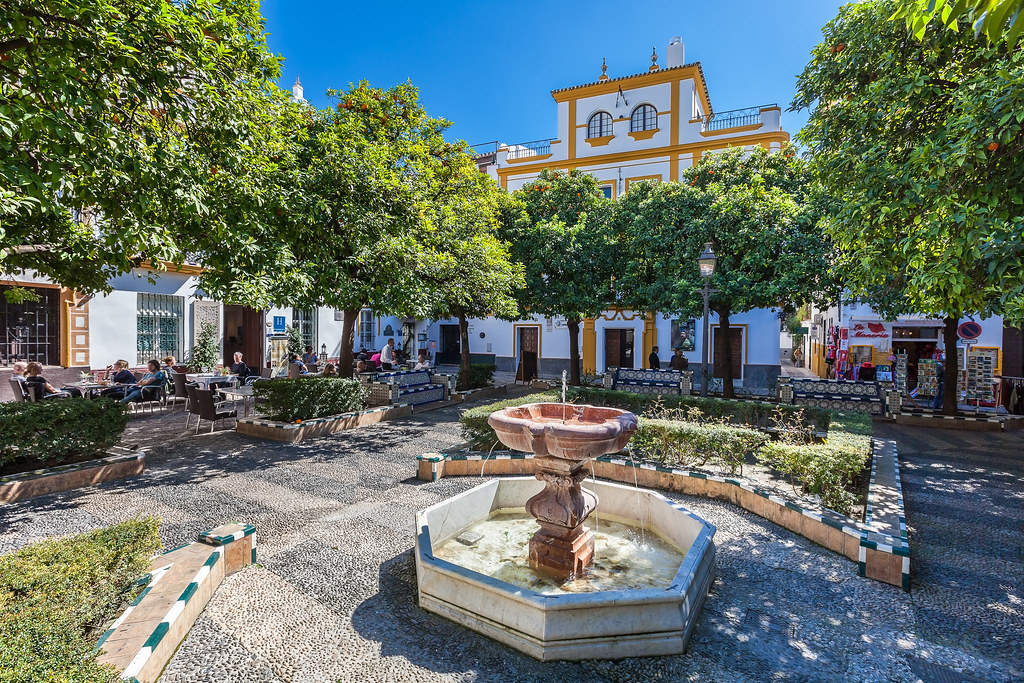 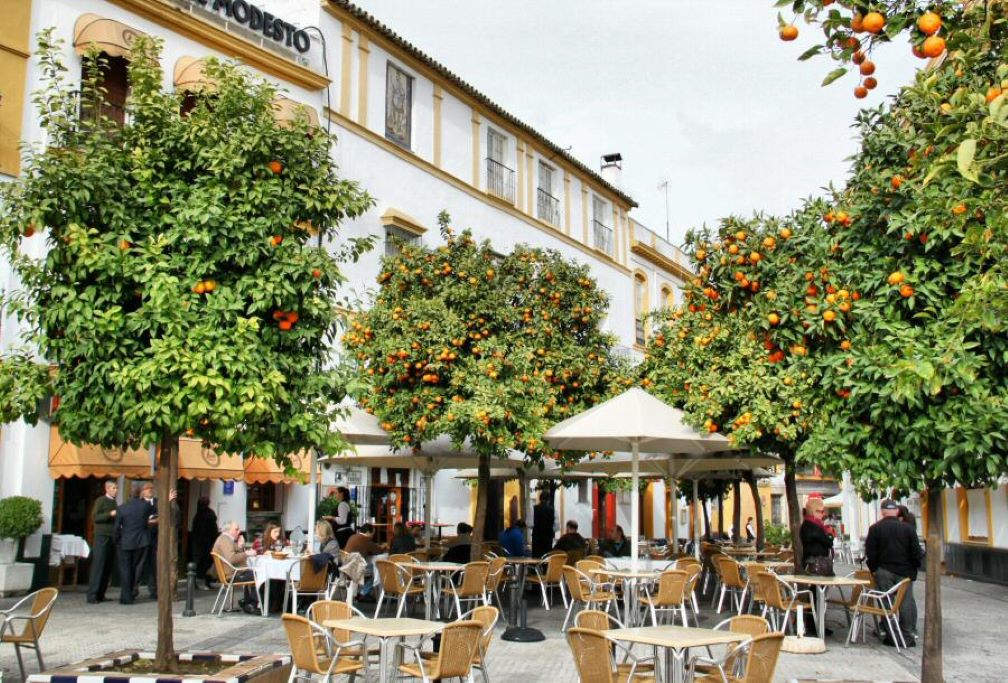 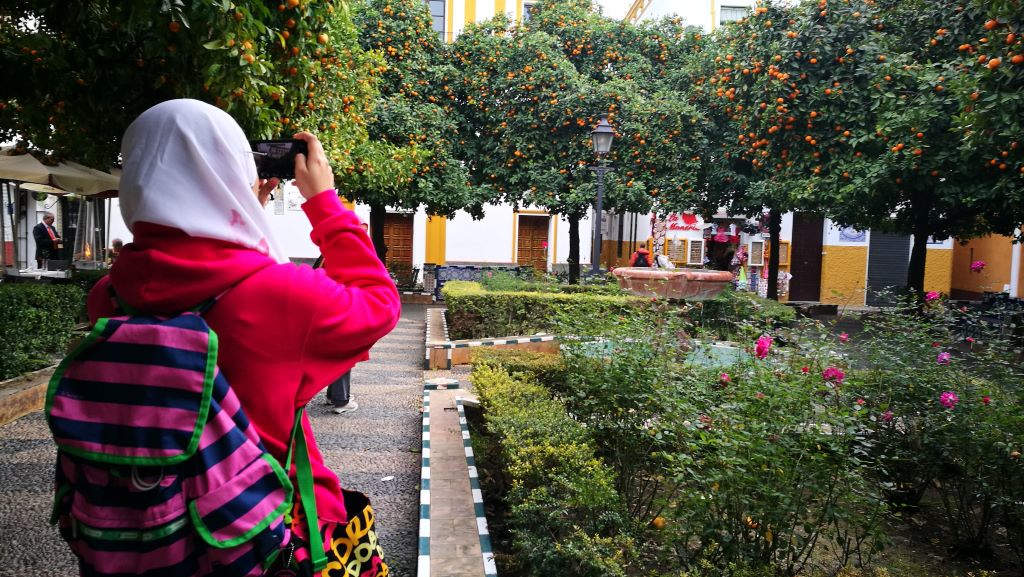 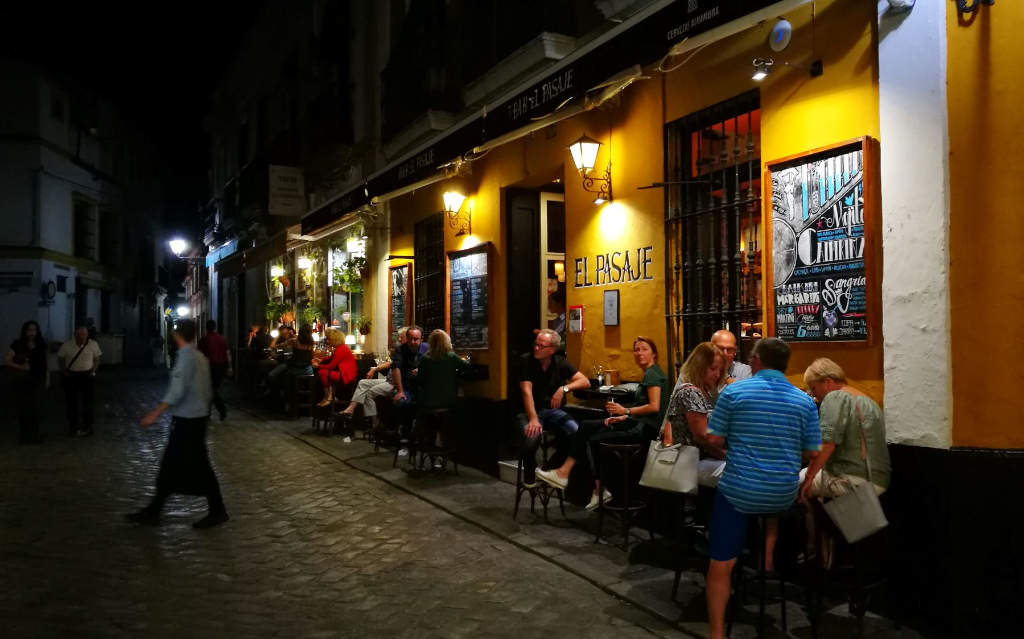 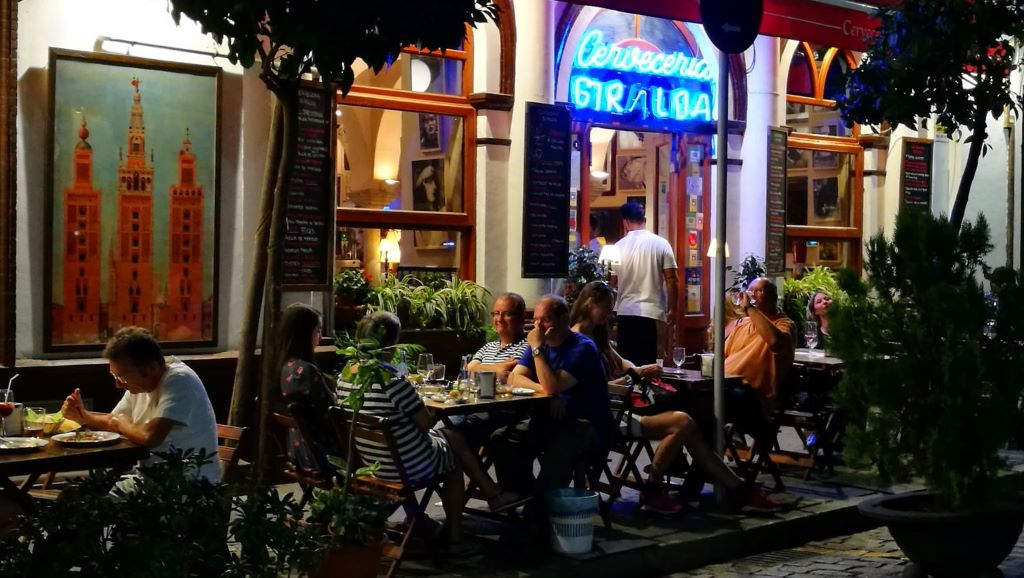 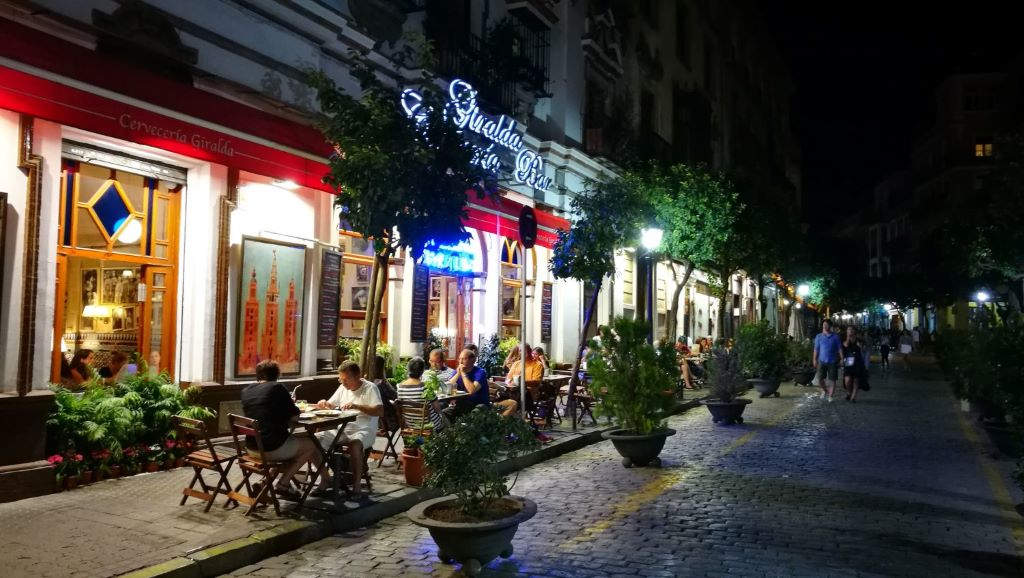 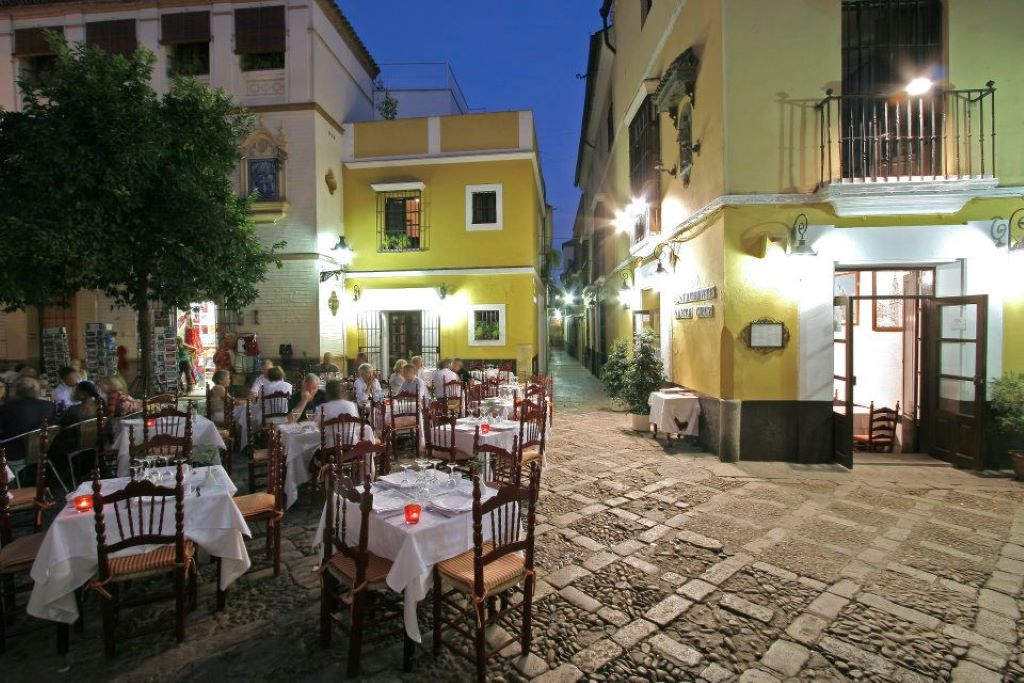 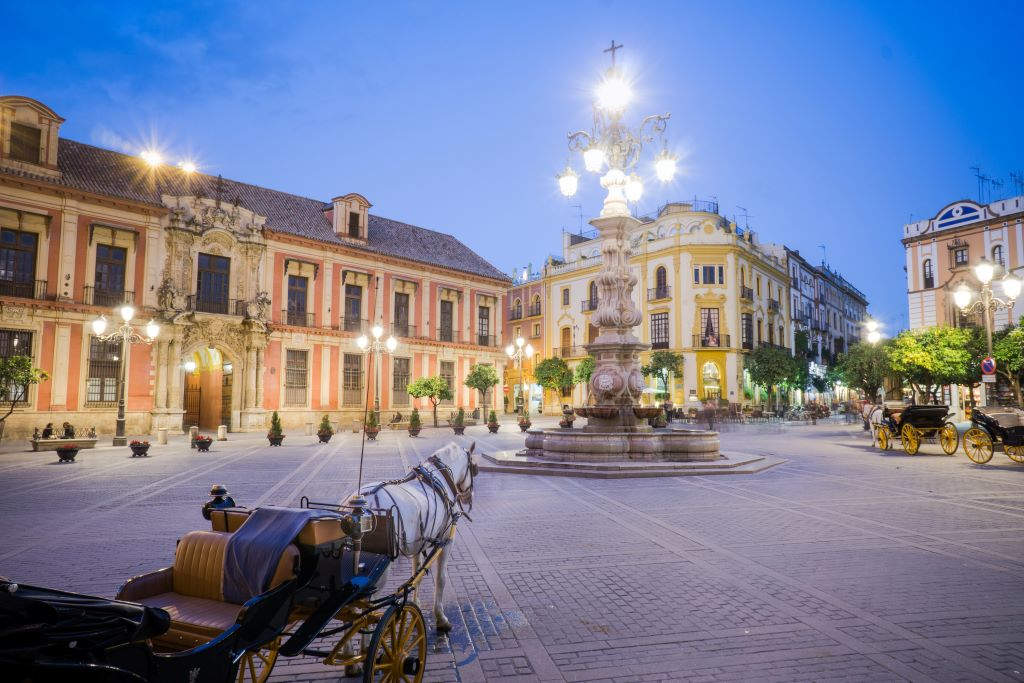 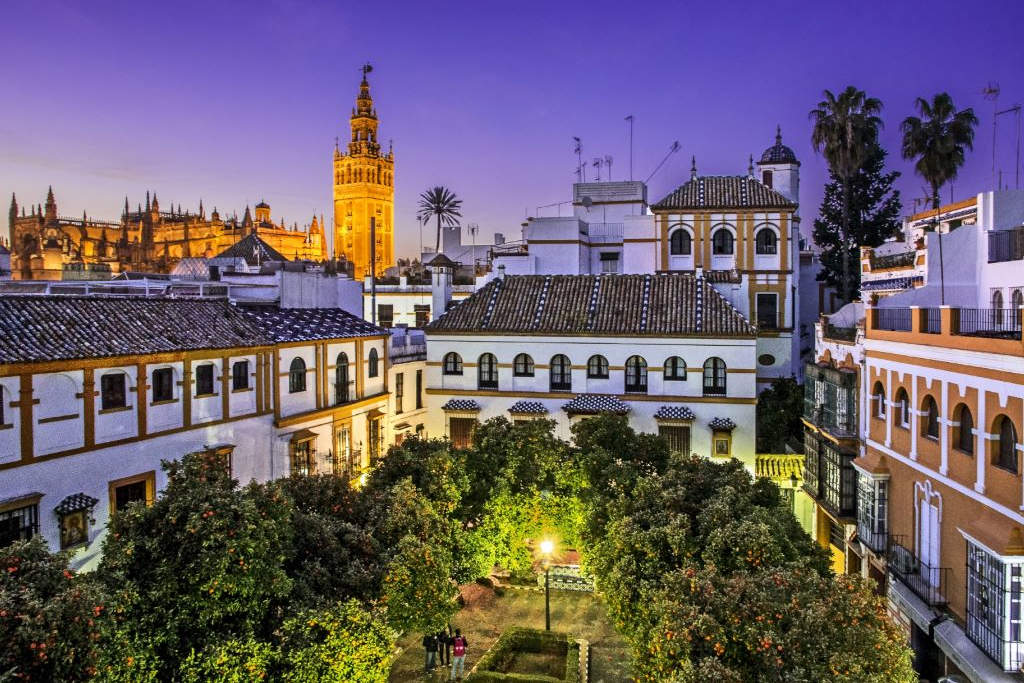